Let’s take your business from frustrated and lonely hunched over a laptop in your living room with no one to turn to, to feeling like you hired an A-Team of experts, your own personal board of directors to turn to whenever you need help. 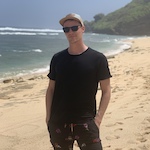 Christian "The Work From Anywhere Guy"

Christian, the “work from anywhere” digital marketing guy had never even left the country at the age of 26.

It was then that he re-read “The 4 Hour Work Week” for the second time, and sitting at his kitchen table, it dawned on him that there was a whole big world out there to see.

Two weeks later, and he had sold all of his belongings and set off to travel the world, solo, for the next 2 months. Two months turned in to two years, and eight years later, Christian is still at it, working from places like Bali Indonesia, Byron Bay, Australia, DaNang Vietnam, Playa Del Carmen, Mexico, Portland, OR, Koh Samui Thailand, and Denver, CO… just within the last year.

Along the way, he learned to start and grow a “work from anywhere” ad agency, using tricks of the trade from the startup and software world to systemize and scale. After learning funnels, and mastering paid advertising, Christian has fallen in love with marketing, storytelling and business building…

More than any of that, he loves to immerse himself in a subject, and teach what he has learned to shortcut the learning curve for others.

Born in a small Coal Mining Town in South Africa he grew up being told what most of us heard or still hear to this day “GET A NORMAL JOB”.

He worked as a mining machine specialist on underground coal mines for 10 years before deciding he officially wanted out, he spent every waking moment learning about Digital Marketing and sales until he began realizing this was his passion and his life would never be the same.

Today Michael has become a Professional in his craft and can coach the most doubtful person on sales and mindset and turn them into a machine for success within weeks.

He has learned from thousands of sales calls and has sold Coaching and Digital Marketing services well beyond 7 Figures.

“My purpose in this world is to help people achieve their true potential, not just what the world has them believe they should be. Sales is not a skill but a universal language spoken from the day we are born, those who master it have the ability to influence, inspire and conquer. I strive to empower others with this ability so they can change their lives forever.” 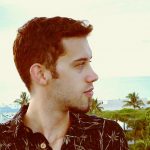 Growing up in the boonies, Ethan was never exposed to the world until a college trip to Costa Rica prompted a lifelong obsession with freedom. He was working 12-hour days for years when he realized that the only way to get the freedom he wanted was to #WorkFromAnywhere. He joined the team to provide support in several different areas including content creation, visual communication, research, and more.

His background in science and love of art facilitated his ability to learn skills like video editing, graphic design, animation, 3D modeling, web design, R&D, marketing, engineering, and more. His philosophy is that the more you know the more you grow, and he enjoys using his skills to communicate topics and teach others in ways that are both intellectually stimulating and fun.

On the rare occasion that he takes a respite from pursuing his goals, he enjoys illustrating (www.etfoster.com) and being a self-improvement geek. 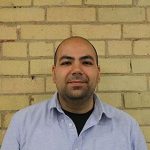 Jamil is a long time ex 9-5er who joined the Digital Nomad team to support others like him in breaking free of ‘conventional wisdom’ and unlock both financial and location freedom.

He’s worked with tech giants, local businesses, agencies and everything in between to build and pull the levers of growth.

Jamil is here to support you in the process of building your freedom vehicle by helping you break past barriers and achieve your ultimate desire – to be free in every sense of the word.

When Jamil isn’t cranking out videos, hacking funnels or optimizing ads – he’s reading books by the stack and learning from legends in the industries of finance, marketing and sales to become the ultimate high performer.

Enroll Now To Get Started And Become A WFA Success Story

Or you can sign up for the free webinar